Edfu Foundation Inc. was founded in 1999 by Seth Mills and Sheldon Williams in Mount Vernon, NY through their understanding that the best part of us is our children and seeing that Horus epitomizes the spirit of our children. Edfu Foundation took its name from the Temple of Horus at Edfu in ancient Egypt.

President and CEO, Sheldon Williams, evolved EDFU Foundation into the 501(c)(4) that is today in order to achieve the organization's mission from a holistic approach. The first focus of the EDFU Foundation was the dream of what used to be titled the "iCenter" and was aimed to be a global resource center. Without a brick-and-mortar location, EDFU began exercising its strongest attributes of organizational consulting and advocacy organization to operate as a hybrid think-tank to assist others in achieving their goals that aligned with our mission.  EDFU's mission is to combat structural violence and advocate for social and economic equality, diversity, inclusion, and sustainability.
​​
Edfu Foundation is aware of the best practices as a result of the exposure to and relationships with numerous organizations and people. Through these practices, Edfu Foundation has been able to provide organizational management assistance, development of coaching skills, diversity and inclusion training, process analysis, technology implementation, strategy development, and operational improvement services.

In 2016, Mr.Williams created our Afronauts Collective program after attending several art fairs and finding very few highlights of indigenous and melanated work. This was the first program that gained attention from the voice of multiple EDFU members and allowed the organization to collaborate with other artists and media outlets to spotlight issues within the entertainment and arts fields. In that same year, EDFU Foundation began its presence in the United Nations and attended the Expert Mechanism on the Rights of Indigenous Peoples (EMRIP).

The advancement of EDFU Foundation continued in 2017. EDFU Foundation initiated an outreach to the Maori of New Zealand, where president, Sheldon Williams, traveled to meet with them and begin to bridge communication and a relationship with the indigenous people of New Zealand and those of the United States of America. This would be the first international work towards the initial iCenter goal. Afronauts would also

Since then, EDFU Foundation has participated in every CSW since 2018 and other UN forums such as UNEA and PFII. In 2021, Sheldon Williams and other EDFU board members helped create the first Permanent Forum for People of Africa Descent within the United Nations and they continue to be part of the working group today to create a space for the African Diaspora.​
2018 was a year of growth for EDFU. The organization started to expand its board in 2018 and gained people all over the world. The Conservancy Corp was also formed by Mr.Williams as a 501(c)(3) in order to further EDFU's mission and put emphasis on research and charity work.

In 2019, EDFU Foundation in partnership with our sister organization, The Conservancy Corp, created the Bay Area Street Pantry to aid the hungry in the Oakland, CA community. What started out as a mission of walking the streets to hand out food and supplies turned into a joint venture with the Oakland Public Library system. Today, the Bay Area Street Pantry hands out 100+ bags of food to those in need once a week at the Melrose Library Branch in Oakland, CA. The program averages over 104,000lbs of food given out annually.
​​​
The original goal of a global resource center remains. In 2021, EDFU Foundation announced the change from iCenter to "Project Sankofa" to expand the project to reunite and introduce indigenous people and the African Diaspora. 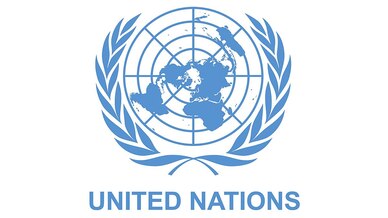 EDFU has been approved by the UN for ECOSOC status since 2018.
LEARN MORE