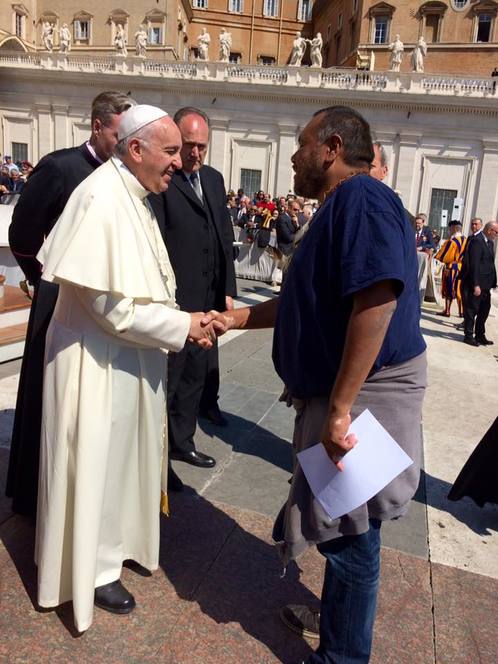 ​Michael Paul Hill has been traveling around the world in protection of "Earth is Woman and Great Spirit, Bik’ehgo’thi’nan Mission". The spiritual work the creator has called him do is much and necessary in the earth we now live in.

He is an Apache and Arapaho Native American from the San Carlos Apache reservation in Arizona, USA. He was struck by lightning four times with four colors and uses his gift to help bring healing and curing to all the peoples on the planet.

He does work in the legal systems pro bono through the United Nations mechanisms, the USA Federal Indian legal systems, and the San Carlos Apache tribal jurisdictions. He gives ancient heirloom corn seeds and Apache turquoise to help prepare the way for the purification prophesied from the days of old all over the earth is woman and in the manner of his ancestors.

He travels on earth and has been invited to many places to pray and do ceremonies. At the same time
Michael has been given a voice to help all peoples on Earth and wherever he is asked to come, he goes.

In June 2017, Michael traveled to Europe to lead and conduct sweat lodge ceremonies. During the facilitation of the sweat lodges he was able to give gifts of clean turquoise rough and non-GMO ancient Apache corn kernels to be planted in areas clean and free from Monsanto’s genetically modified farms. This was the beginning of the 6 month stay in Europe and Lebanon, where his work continues to go on to this day.

​He was invited to Portugal for the Being Gathering where he put together a 4-person team to help facilitate the ceremony. 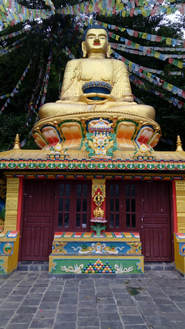 ​​A timeline of his travels:
June 2017: Being Gathering - Boomland, Portugal

November 2017: Il Cerchio Italian Tour with Michelle Cook (NoDAPL) and visiting and meeting with Pope Francis at St. Peter’s square. Included was a meeting with the Italian Foreign Ministry
and European Union representative Castaldo - Rome, Italy
​
​December 2017: Sweat lodge ceremony in England and my return trip back to Arizona on the 12 from Dublin, Ireland 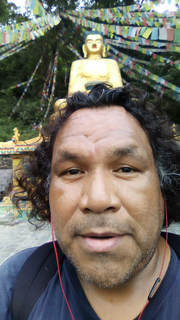 A message from Michael:
In my travels I have encountered people of many walks of life [such as] African immigrants, Syrian refugees, Palestine exiles, religious peoples like Amma from Indian known for hugging people, Pope Francis who is the spiritual leader of Roman Catholic Church with 3 billion strong, and thousands of spiritual people that carry no label in both Europe and the Middle East.

How do I get to meet these people? It is because of the help of our brother and sisters who are deeply connected to the spiritual world, but most importantly by the right hand of the Creator and Great Spirit, Bik’ehgo’ihi’nan Biye’. My faith in action is clearly the role that I ascended to in the advocacy work that has been in the international forum, i.e., United Nations Permanent Forum on Indigenous Issues in New York City, and the Committee and Convention on the Elimination of all forms of Racism and Discrimination, and the Expert Mechanism on the Rights of Indigenous Peoples in Geneva, Switzerland. Using my legal knowledge and spiritual advocacy expertise has allowed the swift rise to the work that I personally do here on Earth.

In conclusion, this is only the beginning of many more journeys and trips. At first, all I had was my own prayer with all odds stacked against me. But now, the experienced gained going from country to country and place to place will be give me the wisdom to access the world and Earth to how we, as a people, can repair the damages that we continue to inflict upon the land, the peoples, and the spirit of life that sustains us. There is much more to discern at these times but the work I have already done pro bono speaks fully for itself.​
​Michael has done extensive work in bringing unity and solidarity wherever he travels through similarities rather than differences. Michael's faith in creator and Earth has helped him along the way of peace and truth.
​